​Co-Founders Aaron N. Price and Gala Flagello met at The Hartt School in West Hartford, Connecticut where they recognized the potential for an affordable, compact summer music program right in their own backyard. The structure of Connecticut Summerfest was crafted from some of the most advantageous aspects of festivals Aaron and Gala had each personally attended: a week-long event with three ensembles-in-residence, four composition faculty members, and a variety of guest speakers. In addition to live premieres, festival composers will benefit from a professional recording session of their new works, commissioned by the festival and the ensembles-in-residence. Resident ensembles are also invited to give a recital of their own repertoire as part of the festival’s nightly concert series. In an effort to serve a broader audience, not only are Connecticut Summerfest’s concerts free and open to the public, they are also live-streamed so that they may be enjoyed from anywhere in the world. 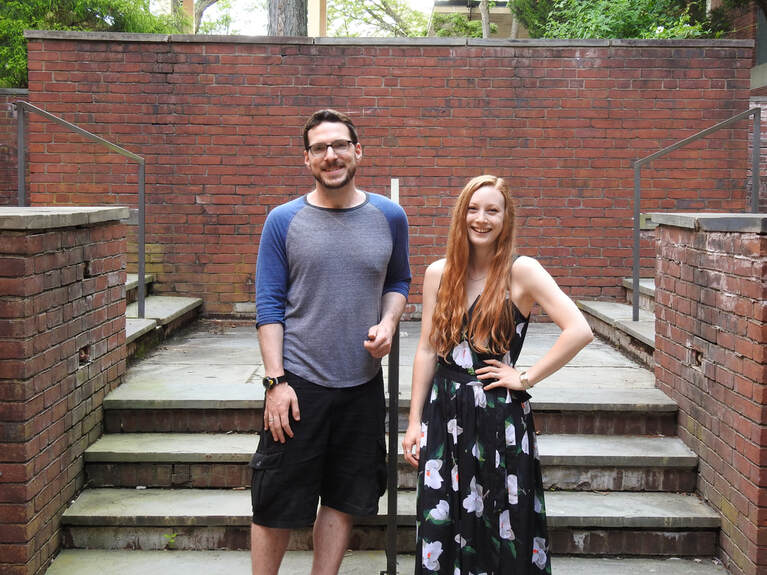 ​​Read our University of Hartford Success Story, "Making Beautiful Music at Connecticut Summerfest"!
A Note from Co-Founders and Co-Directors Aaron and Gala:
​
Our 2020 concert series was originally scheduled to be during our fifth anniversary festival back in June 2020, and we chose to postpone our series in order to enable our ensemble and staff members to attend Black Lives Matter protests, educate ourselves about anti-oppression and equity, and take critical steps to ensure a future of inclusion at Connecticut Summerfest.

​We hope that during this time, you also have been listening, learning, and engaging in the fight for equality, both in the arts and beyond! Please see the below resources for more information and to learn more about anti-racism and music.